NUR-SULTAN – The first Nomad Fest with the participation of a historical reconstructor, which is one of the rarest professions in Kazakhstan, recently brought together a small circle of about 30 people so that they could fully immerse themselves in the atmosphere of the nomadic way of life around the Kazakh capital.

Compared to local ethnic festivals, where people eat traditional meals, play national games, dance, sing and participate in the craft fair, the event aimed to acquaint its guests with the details of life of Kazakh nomads who were forgotten because of colonization and sovietization. .

According to event organizer and assistant professor of anthropology at Nazarbayev University Ulan Bigozhin, he offered to hold the first independent nomadic festival to his friend and colleague Daniyar Baidaralin after he found a kymyzkhana (the place where people can drink fermented mare’s milk) during one of his horse rides. They decided to bring together for the first time only their colleagues and friends to see if people would like such an event.

“I have been keeping a horse for myself since 2018, so horseback riding has become a way of life for me. My friends and I go horseback riding to the nearest lakes at an average distance of 20 to 40 kilometers”, Bigozhin said in an interview with The Astana Times. 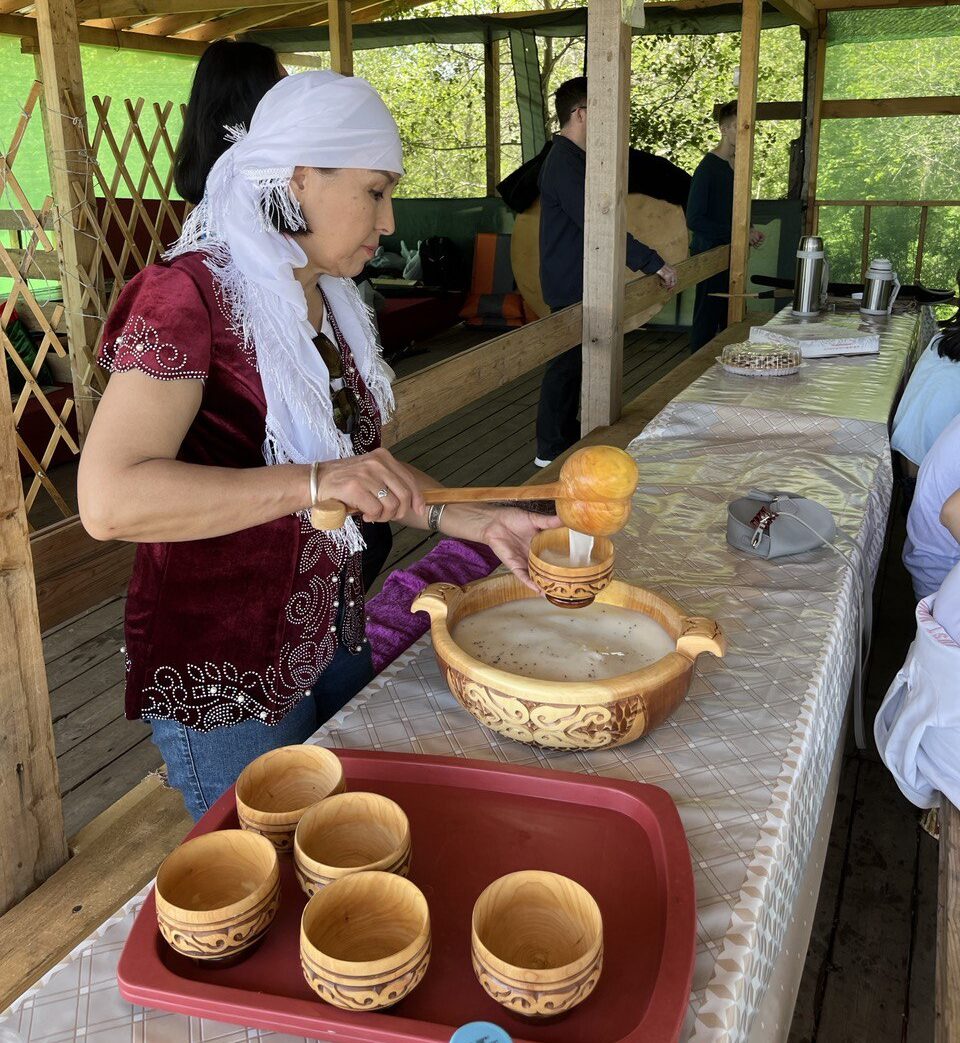 One of the owners of the local kymyzkhana offering kymyz customers. Photo credit: Saniya Bulatkulova

Baidaralin, who is a research fellow at the Issyk State Historical and Cultural Museum-Reserve in the Almaty region, performed as a speaker at the first part of the event. He gave an exciting lecture on bes karu (five types of traditional Kazakh weapons) and demonstrated the techniques people use to fight with this weaponry.

In addition to his statement on the Kazakh national games as a form of preparation for war, Baidaralin spoke about his clothes which he sewed himself.

“This is how Kazakhs living near the Syrdarya River (western and southern Kazakhstan) dressed around the 18th and 19th centuries,” Baidaralin said at the event.

After an hour-long lunch break, during which guests tasted kymyz made by local people, festival attendees observed the mare milking process and some of them even tried to do it themselves themselves. Following this, Bigozhin and Baidaralin showed how Kazakhs fought and archery on horseback. 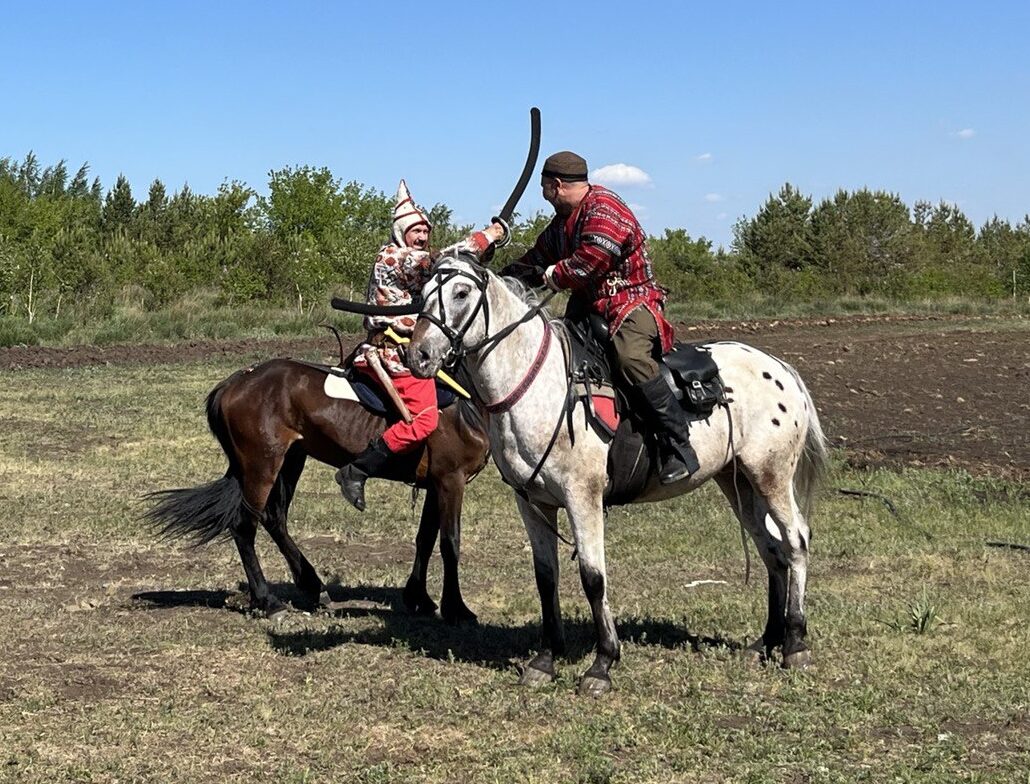 “I decided to participate in the event because I was very interested in horse riding, especially in Kazakhstan. In fact, I didn’t know that before coming to Kazakhstan. And I really like this area. This forest and these fields, it’s so nice to get away from the city,” said Curtis Merphy, who came from the United States to teach history at Nazarbayev University. 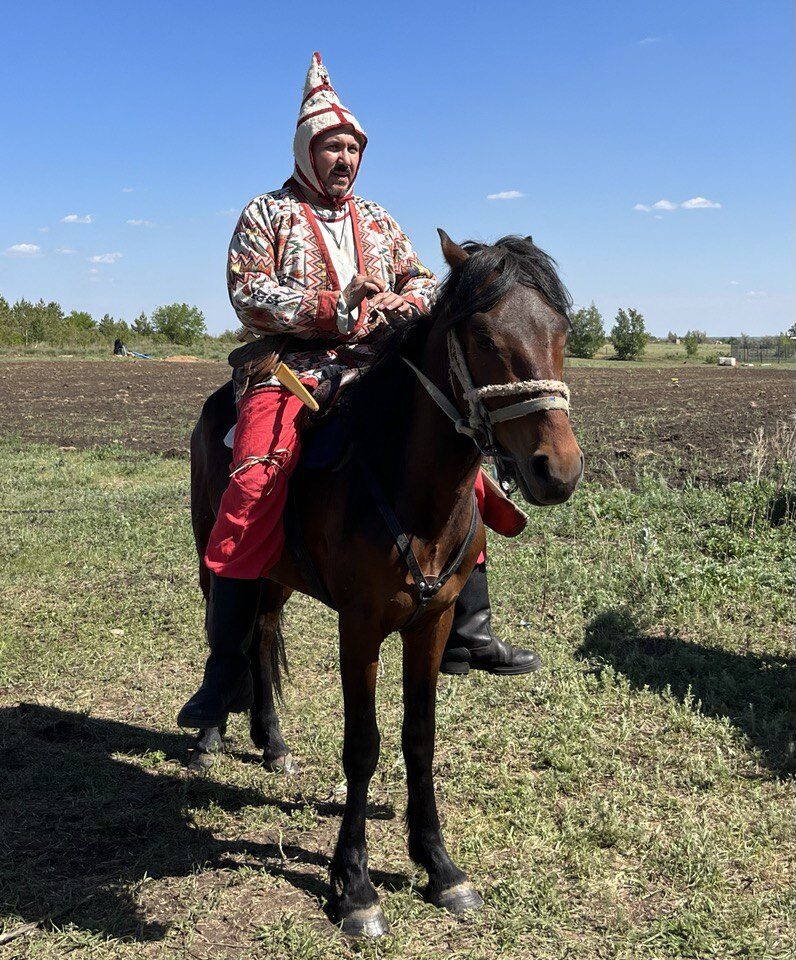 Another festival guest, Marek Jochec, professor of finance at Nazarbayev University and a native of the Czech Republic, said that “he really liked this event because it was quite informal and quite pleasant”.

“I saw nomadic life for the first time as well as the use of a bow and arrow and archery from a horse,” Jochec concluded.