After winning Milestone’s other recent motorcycle title, Supercross 5I must say that to switch in MotoGP 22 felt like a vastly different experience. Even though the motorcycles are basically the same in terms of basic structure, just like you can’t compare a Lambo Aventador to a Toyota 4Runner, neither can you compare dirt bikes from super cross to sports bikes MotoGP.

In short, the two-wheeled techniques in this experience are not for the faint-hearted or easily frustrated. In my short practice time with the next runner, I became a lot friendlier to the pavement than I thought.

Street (not so) easy

“Complex” seems too simple a word to describe the mechanics of MotoGP 22. Perhaps “exhausting”, “laborious” or “expensive”? Point is, MotoGP 22 tries its best to accommodate all skill types, but you’ll quickly find that the term “practice makes perfect” absolutely applies to the process of achieving any kind of progress in this motorbike racing simulation. 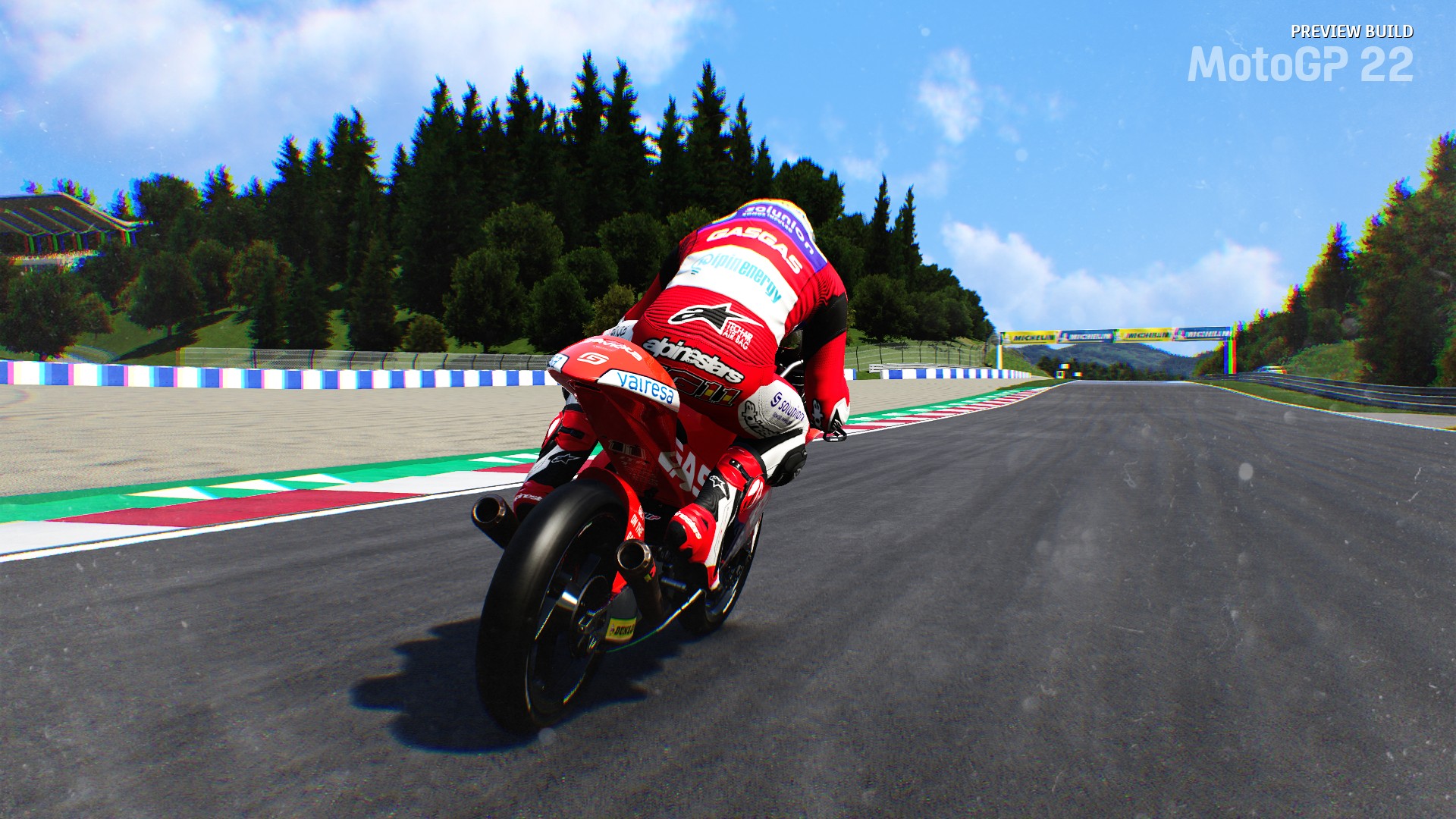 MotoGP 22 possess an array of complex mechanics that require you to focus on all sorts of different operations at once. The positioning of your rider’s weight, how far you lean into a curve, proper throttle and brake control for deep turns, and switching between different modes on your bike; there really is a lot to keep in mind as you make your way through the often winding tracks.

Similar to professional racing in traditional four-wheelers, there are also many rules that govern these motorcycle races. From turns to collisions and falls, all of these can lead to severe penalties that prevent you from passing a test or placing well in a race. So again, “get gud” is really the name of the game here.

That said, I quickly became grateful that MotoGP 22 Immediately presents you with a variety of tutorial races upon startup. You can go through these tutorials any time afterward. Much like a seasoned traveler who groans about having to listen to yet another pre-flight safety demo, I first encountered the tutorial menu with a bit of annoyance, as runners are my main genre. However, it only took a few moments in the first tutorial to understand why they are so important for this title. As you can already discern from everything I’ve explained so far, beginners are going to need some serious tweaking before they can get anywhere in MotoGP 22. And by “beginners”, I mostly refer to myself. 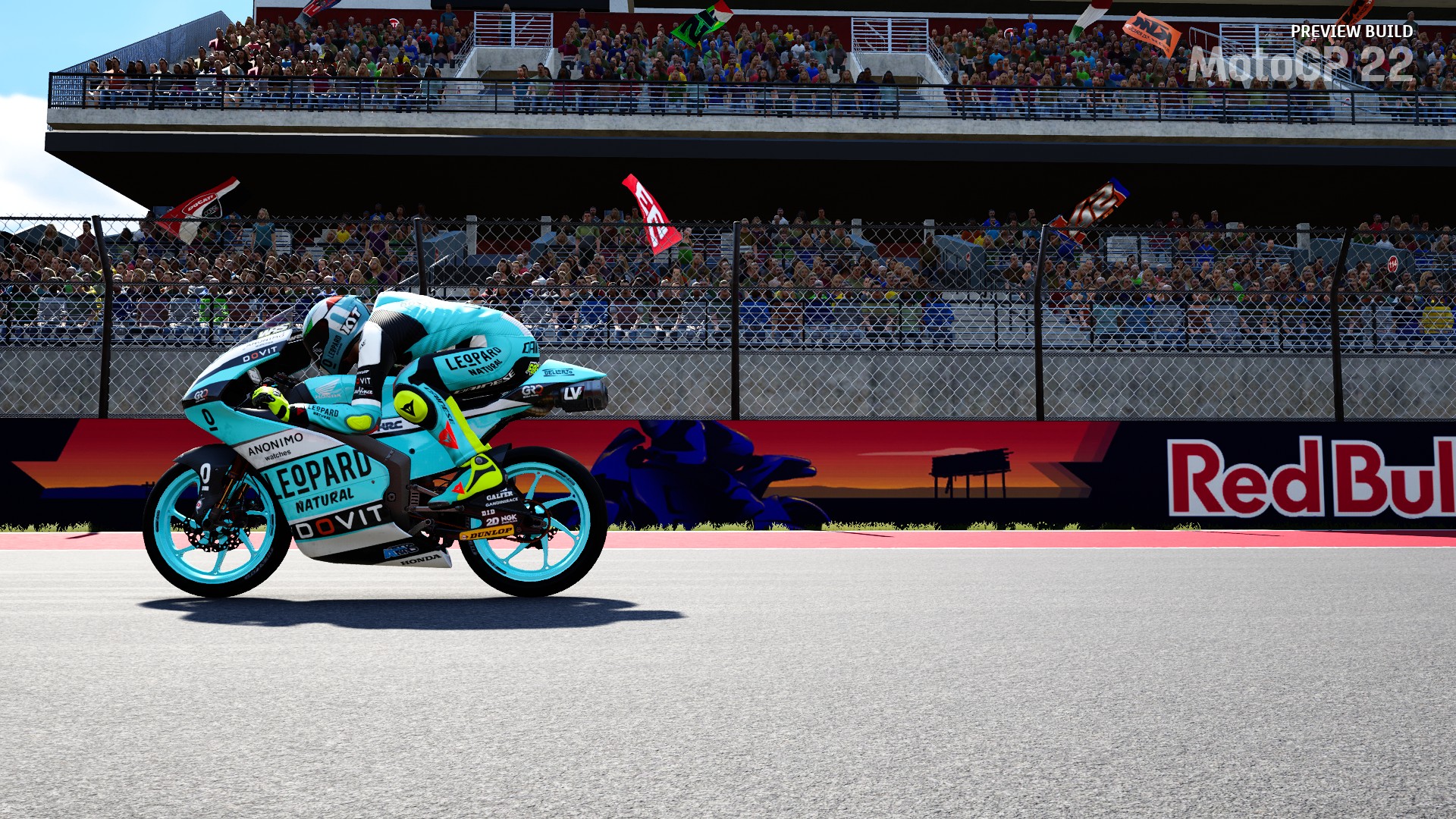 Playing through the tutorials felt like playing my first racing game. I did my best to follow the racing line, floundered and flopped my way around turns, and was afraid to push the throttle too far forward for fear of crashing (despite crash anyway). The whole thing made me feel like I was watching judgmentally as a non-gamer struggles to grasp the basic mechanics and thinking “Why don’t you get it?” But in this case, the “you” is actually me, and the judgment is real. Enough suffering, just give me the virtual training wheels so I can win Something. Interesting way, MotoGP 22 has its own version of training wheels and to some extent.

Assists in racing games are nothing new and are arguably more common now than before. Of course, the elitists scoff at the very existence of such tools, but thankfully the racing developers seem to have established an unspoken rule that such mechanics should be a standard. MotoGP 22 uses them in spades, with even fundamental elements of the experience, like braking and throttle control, with computer assistance. 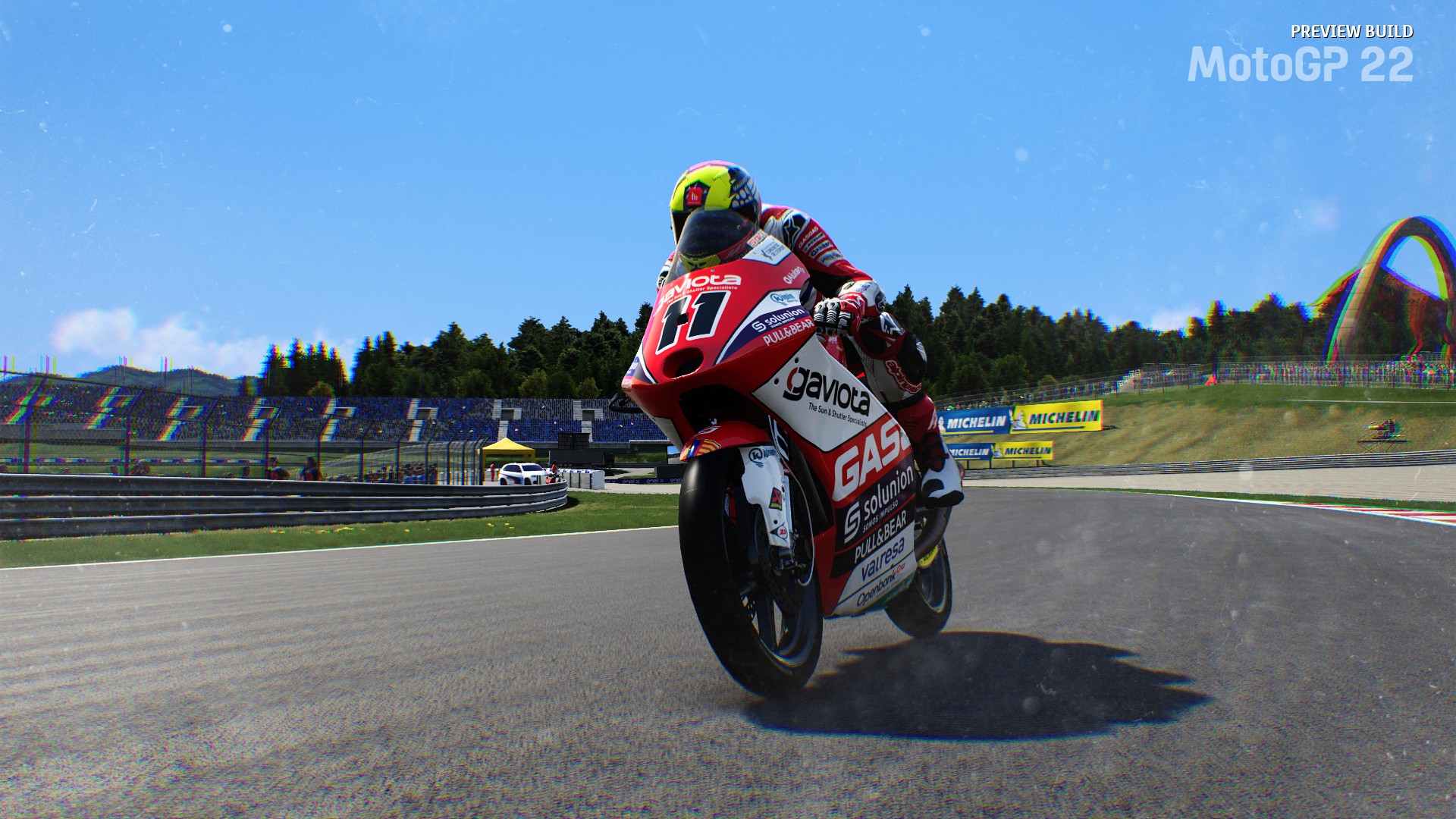 Other than common stuff, like traction control, I hardly ever need to use any assist in a racing game. But I activated almost every one in MotoGP 22. And yet, I found it difficult to fully get used to its handling model. You can really feel the weight of your rider and how it affects the cornering ability of the bike.

Give him the gas

Even though Milestone super cross is also a very technical, sim-like racer, it’s just inviting enough for newcomers to master its controls and gradually build their skills. In MotoGP 22, it’s more like learning Mountain rather than a simple curve.

This is only from my own experience, but it is clear that MotoGP 22 is for much more serious runners. It asks you to really hone your skills and have a real connection with your bike. If that’s the devs vision, then I’d say they definitely nailed it from that aspect. However, I can see how this could be off-putting for more casual players who simply dive in out of curiosity and quickly retreat when things don’t “click” right away. 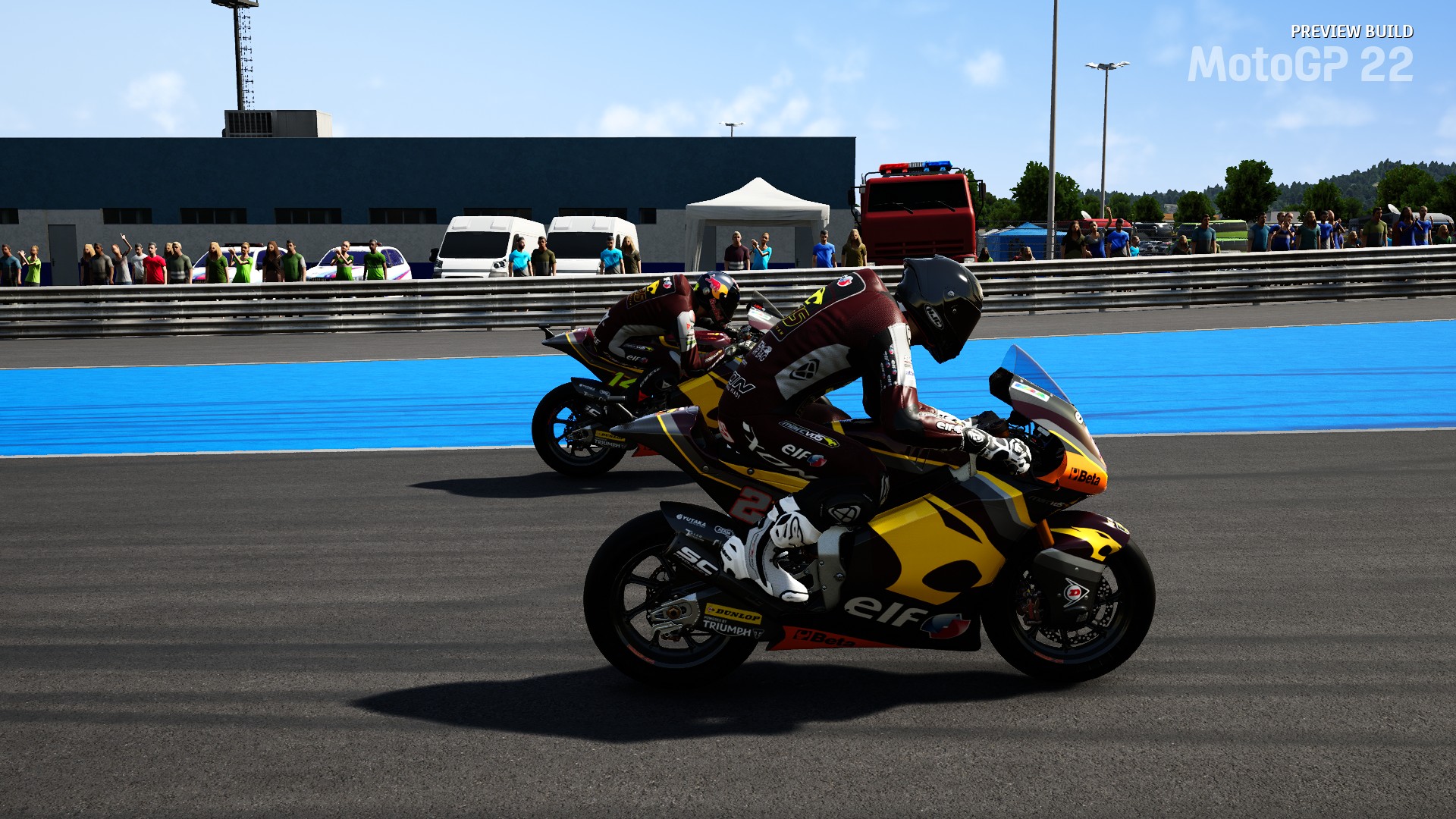 This is not a mark against MotoGP 22, Warning. It’s hard to make a title feel both rich and authentic enough to impress those looking for a complex sim-like experience while retaining enough padding to cushion the bruises newcomers will encounter in their first few moments. . In other words, if you can’t stand the ride, you might just want to take a detour before you get too far out of the way. Enter the MotoGP 22 doors really seems like a rite of passage.

Perhaps Milestone could tighten the front controls MotoGP 22 will launch next month, but I highly doubt there will be much of a difference. That said, in its current pre-release form, I can definitely see there’s a solid product to be had. But, for a player like me, I predict trying to navigate the countryside will be quite a challenge.

So, by all means, the MotoGP 22 experience is something I would recommend testing first if possible before full commitment. Many titles deserve a demo, and this one is one of them.