“Elden Ring” released its latest trailer earlier, and it gives fans a huge reason to get excited and wait for the game to release next week-end. There’s no longer a long wait for the game, purportedly a hybrid of George RR Martin and Hidetaka Miyazaki’s “Game of Thrones” and “Dark Souls.”

(Photo: Bandai Namco of America)
The final trailer for Elden Ring brings a preview of the gameplay for everyone, focusing on its visuals and elements that will soon be available to players.

“Elden Ring’s” final presentation trailer sees a release five days before the game is available to the public for purchase and experience, courtesy of Bandai Namco of America. The teaser trailer is pure bliss for its fans as it’s spoiler-free gameplay footage that the editors have put together for the audience to get a first look at the game.

The trailer is six minutes of pure adrenaline gameplay, putting players in a state where they can see the game for the first time, as well as its real-life experiences. It features elements of FromSoftware’s multiplayer cooperative play, item crafting, avatar customization, and open-world experience.

Watch the trailer below.

Read also : FromSoftware is working on a new PS5-exclusive IP

“Elden Ring” is available direct from Bandai Namco of America and its other regions where it is on sale, focusing on a digital release of the title. It is available through Valve’s Steam Powered website and other platforms such as PlayStation Store and Xbox’s Microsoft Store. 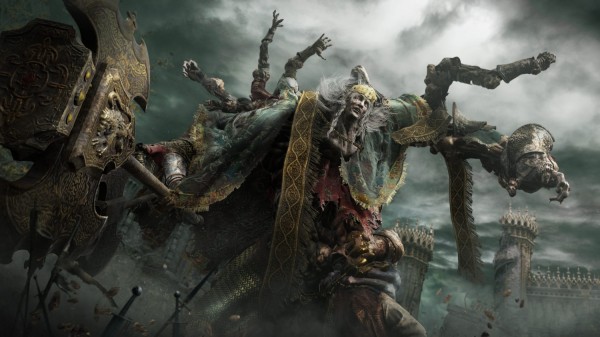 The title brings two versions, namely the Basic Edition and the Collector’s Edition.

Elden Ring: what to expect on the title?

There are huge expectations for “Elden Ring” and its upcoming release, one of the best gritty and medieval game titles that will soon be released for the public to witness. However, users also have been spoiled by leaks and insiders on possible game leaks which may or may not be accurate at the time of this writing.

If the game is already out, the leaks will be proven good or bad, and people will see it first hand.

The game’s trailer was released in June 2021 and gave audiences a glimmer of hope and excitement for the title, especially with some legendary names working in it. Indeed, the work of RR Martin and Miyazaki have become legendary pieces of literature and mass media, which may be the same offerings through play.

For now, users will have to wait for the title to release this Friday, and no man’s land will be where the way the mythical and medieval come to life in this title will venture. FromSoftware’s “Elden Ring” arrives for release this February 25, available to everyone.

This article belongs to TechTimes

ⓒ 2021 TECHTIMES.com All rights reserved. Do not reproduce without permission.