It’s still a popular – and accurate – joke that Nintendo’s online offering will be largely similar to what Xbox and PlayStation did a decade ago. Hard, but often fair. Maybe, just perhaps that started to change in the Switch era.

Now, let’s be frank and say that Nintendo is always cautious when it comes to online technology. We still don’t have voice chat unless you want to submit to the mobile app for a small number of games. Some will also say that the subscription service offered with Nintendo Switch Online and its expansion pack does not offer enough value but… let’s leave that for other times, shall we?

In fact, maybe Nintendo needs a little defense for some of the improvements we’ve seen in this generation of Switch. On the one hand, Gold Points systems are enormously Underrated, in which every eShop purchase — and physical cartridges at retail if you manually register them — earns you discounts. It’s easy to forget that they add up, and in a relatively short time you could be earning a cheeky $5 off a purchase, it’s a pretty generous loyalty program.

Nintendo Switch Online vouchers are also worth a mention, especially if there are retail games that you’re happy to have as a download rather than in a nice little box. In the UK, a set of two vouchers costs £84, or two sets at £49.99 / £59.99 at £42 at a time. With so much entertainment vying for our money and the fact that Nintendo games are so rarely discounted, it’s a great way to get Nintendo’s games (and some from partners like Square Enix) for less.

It’s a step up from previous generations, and as we’ve highlighted before, Nintendo clearly sees the benefits of online and subscription-based services to its business. The latest addition this week is NSO Missions and Rewards, which you can find in the service’s home screen app as a way to earn Platinum Points. 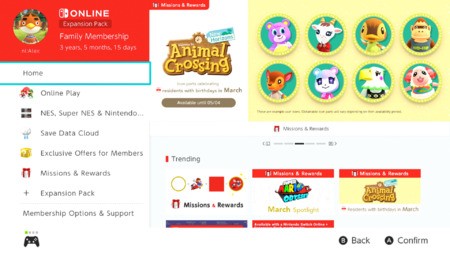 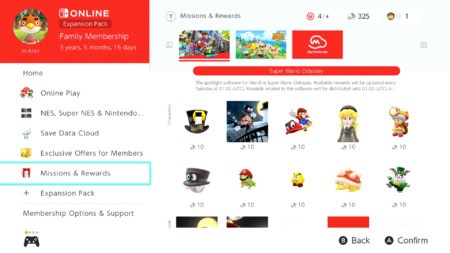 That’s cool thanks to the relatively recent revival of My Nintendo. Not so long ago, My Nintendo lost its focus for some, as it was heavily focused on mobile games and virtual goods. Now, however, physical rewards are back, and we’re back to the days when Nintendo paid shipping for poster sets and cartridge cases, except now we’re using our Platinum Points to redeem them. If you don’t play the company’s mobile games or visit the My Nintendo hub often, there haven’t been many ways to earn this currency. 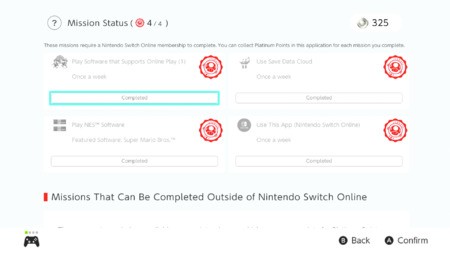 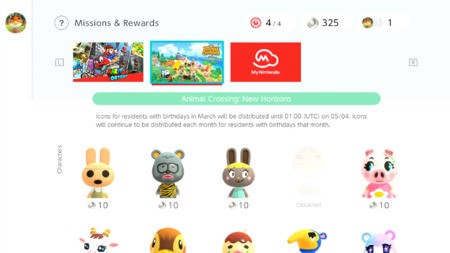 it’s very similar to how Microsoft Rewards and Game Pass Quests work, especially on console… Compared to Microsoft’s depth of options, this Nintendo Rewards system is very basic, but it’s a beginning.

That changes with these missions, which allow more of us to earn Platinum Points with relatively little effort. The first set of missions includes three that last for a week and one for a month. If you have NSO, you can clear them all in minutes by just playing a game and at some point playing Super Mario Bros. in the NES app. It’s a bit glitchy at first – it took a day for the Mario Bros. of this scribe “appears” – but it works. Of course, if you don’t want physical rewards from My Nintendo, there are also NSO Icons to pick up, although the absence of a Wedding Bowser in the Super Mario lineup is a grave, the fall surveillance.

It may have been influenced by Steam to some degree and is very similar to how Microsoft Rewards and Game Pass Quests work, especially on console. In Xbox deals, you are encouraged to try different games, earn achievements, complete specific tasks on Microsoft services, and more. to earn points. You then use those points for vouchers, months of Game Pass, and more. Compared to the depth of options out there, this Nintendo Rewards system is very basic, but it’s a beginning. 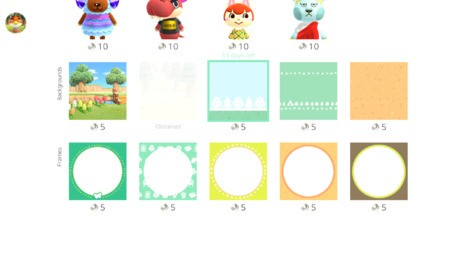 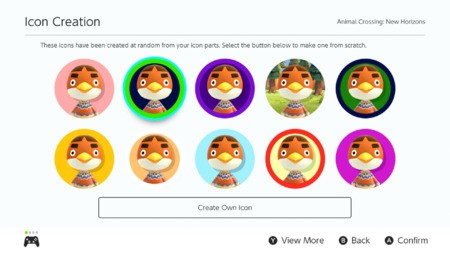 Initiatives like this, ultimately, are there to increase the value of our subscriptions and to keep us engaged. In that regard, it’s a start, but a bit more than that. The slow pace of the missions and their ease to complete means this is something that will be done and then forgotten about in 5 minutes. The idea is a good one, though, and it will be fun to check back at the start of each week to see what missions have been released. There are many possibilities for it to become much more interesting.

These are some of our first thoughts, but what about you? Let us know what you think of NSO missions and rewards in the polls and comments below.

Do you have a Nintendo Switch Online subscription? (2,651 votes)

Have you tried the Switch Online missions? (2,510 votes)

What do you think of the Switch Online missions/rewards? (2,382 votes)

How do you use your Nintendo Platinum Points? (2,398 votes)